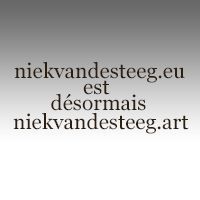 It is a news, but also a non-event the domain name "dot eu" (.eu) has now and until further notice become point art (.art) 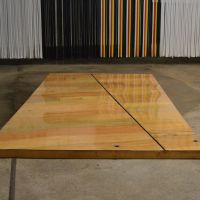 Sunday, September 22, 2019 Concern has received one fifteenth of the floor piece of the Pavilion à Vent and the installation Capital Universel du Collectif T.V.A. in the presence of the artists at cONcErn. You can see the pictures of this news here: https:/www.facebook.com/pg/concernamie/photos/?tab=album&album_id=2531015640316859&ref=page_internal
To present this 15th of the floor a presentation with pictures was proposed, of which here is the unfolding, but without the comments.

Yellow Book - MMP (House of the Raw Matter) -   artist's book was created for the Rrrhône exhibition at Pauline Perplexe in June 2019. Thousands of photocopies on yellow paper covered the ground. This project would not have been possible without Simon Poulain, curator of the exhibition and the invitation and technical assistance of Cécile Bouffard.
After recovery and recycling form the pages of this book. The images are from the MMP book, published by Captures éditions and the Centre d'art Le Lait in Albi, and more recent charcoal drawings linking the MMP palisade to the meanders of the Rrrhîn and Rrrhône rivers and their respective relationships to problematic resources. It is here ... 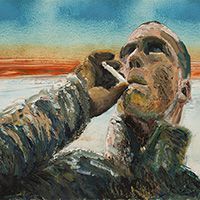 The publication The house of Raw Matter follows the publication of 15 deluxe editions made during the exhibitions at the Art Centers "Le Lait" at the Moulins Albigeois in Albi and "Art3" in Valence, in 2012.
For this draw, Niek van de Steeg intensifies this epic on the subject of the raw matter, with the addition of a fourth portrait, that of a fisherman, Cédric Giroud whose history is linked to a viscous synthetic oil detected in the Rhone river, polychlorobiphenyl, commonly known as PCB. French format: 21 x 26 cm, 36 pages printed in four color processed by two metal points. English version.
Drawn to 500 copies. ISBN: 978-2-9533912-5-1 On sale soon on the site of Les Presses du Réel and on the site of the editor Captures Editions